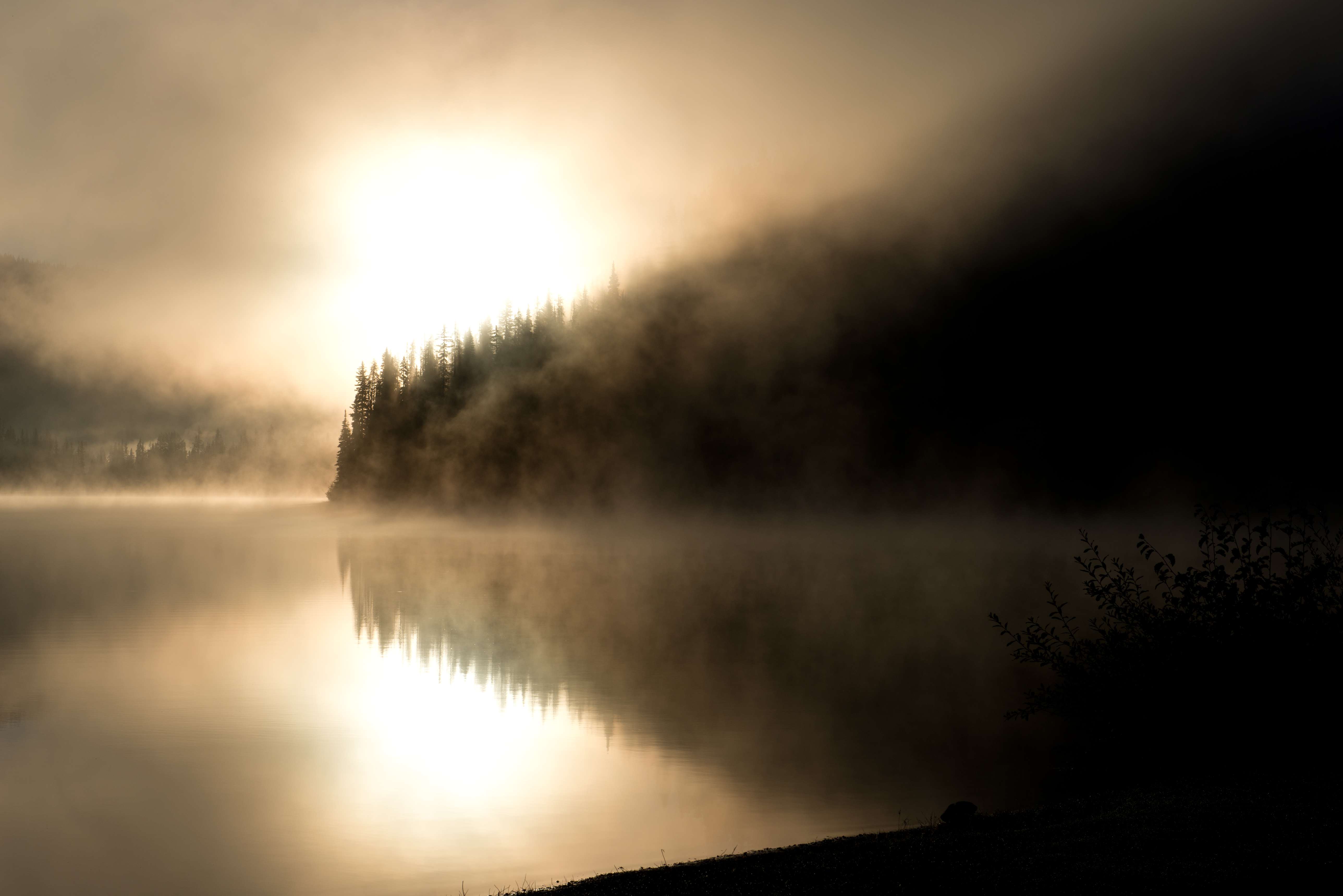 A photograph taken by McCue President, Chris McCue, captured first prize in the 2016 Environmental Services Association of Alberta photo contest.  Chris snapped the photo of a foggy sunrise over Lightning Lake on an early morning walk during a late summer camping trip at Manning Provincial Park, BC.
A canvas print of the photo will be auctioned off at the 2016 Remediation Technologies Symposium in Banff with all proceeds going to charity.