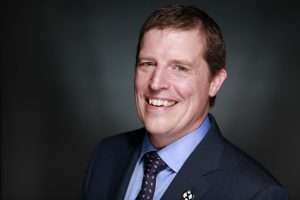 Chris McCue, AScT, has over 26 years’ experience in the engineering, design, construction and operation of wastewater treatment and contaminated site remediation technologies, first as a consultant and now as a specialized remediation contractor.

Chris graduated from Kwantlen Polytechnic University (KPU)’s ASTTBC accredited Environmental Protection Technology program in 1994. Upon graduation, Chris secured employment in environmental consulting, focusing on contaminated site management and remediation.  After two years of general field experience, Chris joined a specialized Remediation Group responsible for managing site remediation projects. As a member of this group, his employer relied on his field skills, technical knowledge, as well as his ability to work independently and train others. Chris remained in consulting for five years before founding McCue Engineering Contractors in July of 2000.

In recognition of his work with McCue Engineering Contractors, Chris received a Distinguished Alumni Award from KPU in 2013 and he continues to support the Environmental Protection Technology Program by hiring graduates of the program and sitting on the EPT Advisory Committee.  Chris was appointed by the Province of BC to sit on KPU’s Board of Governors in 2015 for a 1-year term.

Chris served a six year fixed term on the Board of Directors for the British Columbia Environment Industry Association (BCEIA) where he served initially as Communications Director and later as 1st Vice President.  As a BCEIA Board Member, Chris launched a number of initiatives including the photo contest, Certificate of Appreciation, and Board Member lapel pins.  He founded and chaired the Association’s Communications Committee, which was responsible for social media; providing content for the Industry Guide; overhauling the BCEIA e-newsletter; updating the Association’s websites; and rebranding the Association.  The work of the Communications Committee contributed to a 26% growth in membership for the Association over 5 years.  Chris was also instrumental in expanding the reach of the BCEIA by organizing Association events in Kelowna and Prince George.

In May of 2017 Chris was awarded a Chairman’s Award by the BCEIA for his work with the Communications Committee.

Chris was elected to the Board of Directors for the Mining Suppliers Association of British Columbia (MSABC) in May of 2019 and continues to serve on the Board. 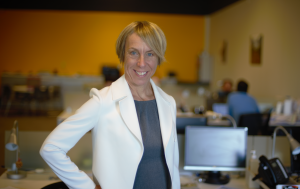 Lynda Smithard, P.Eng., is an Environmental Engineer with over 24 years’ experience, and is a registered professional engineer in British Columbia, Alberta, Yukon Territory, North West Territories, and Nunuvut. She is a Competency Assessor for Engineers and Geoscientists British Columbia (EGBC), and is a member of the 30 By 30 Champion Committee in support of Women in Science, Technology, Engineering and Math (STEM). Lynda is on the EGBC, Sewerage System Regulation list of qualified professionals.

A Canadian Scholar since 1996, Lynda was awarded a scholarship by the federal government to study engineering at the University of Guelph. Following her graduation from Guelph, Lynda worked as a consultant engineer.   While in consulting, Lynda worked for three major international firms and served as a Project Engineer before advancing to the position of Client Account Manager for major public sector and oil & gas clients. Her work focused on contaminated land remediation and water/wastewater treatment, taking her to locations across North America.

Lynda joined McCue Engineering Contractors in 2008 as an owner after 12 years in engineering consulting. Lynda is leading the engineering team at McCue and is responsible for overseeing all engineering work completed by the team. Under Lynda’s leadership, McCue’s work has been featured at many international conferences and in major publications, including Environmental Science & Engineering Magazine.

Her portfolio is extensive and includes wastewater treatment and remediation projects at mine sites, chemical plants, upstream, midstream and downstream oil and natural gas sites, and at a broad range of municipally, provincially and federally owned or managed sites. Lynda has worked across the US and Canada including northern Alberta, northern British Columbia, Nunavut, Northwest Territories and the Yukon.

Lynda is an industry leader in both the Mining and Environment industries, and she is a role model to women in STEM.

Lynda has been an active supporter  of diversity in mining through her work with the Mining Association of British Columbia (MABC), Association for Mineral Exploration (AMEBC), and Mining Suppliers Association of British Columbia (MSABC)’s “One Province, One Economy” 2019 Campaign.  The campaign highlights how mining impacts the economy of every town in BC, not just those at the centre of the mining operations. She was selected as an ambassador as was featured on posters, videos and social media in support of diversity in the mining industry.

In February 2019, Lynda was asked to represent MSABC at Mining Day at the Legislature 2019 at the Parliament Buildings in Victoria BC.  She met with members of our Provincial government to discuss the role of Mining in British Columbia.  She spoke about the need for industry and government to invest in local companies and how that investment drives local innovation:

“British Columbians should be proud that we offer responsibly sourced minerals. Maybe the processes aren’t perfect but industry is committed to working safely, developing meaningful indigenous relationships and protecting the environment.”  she added “Changing how we talk about mining in BC should be the focal point of the pitch attracting investment to our Province. The wealth of our Province will depend on it.”